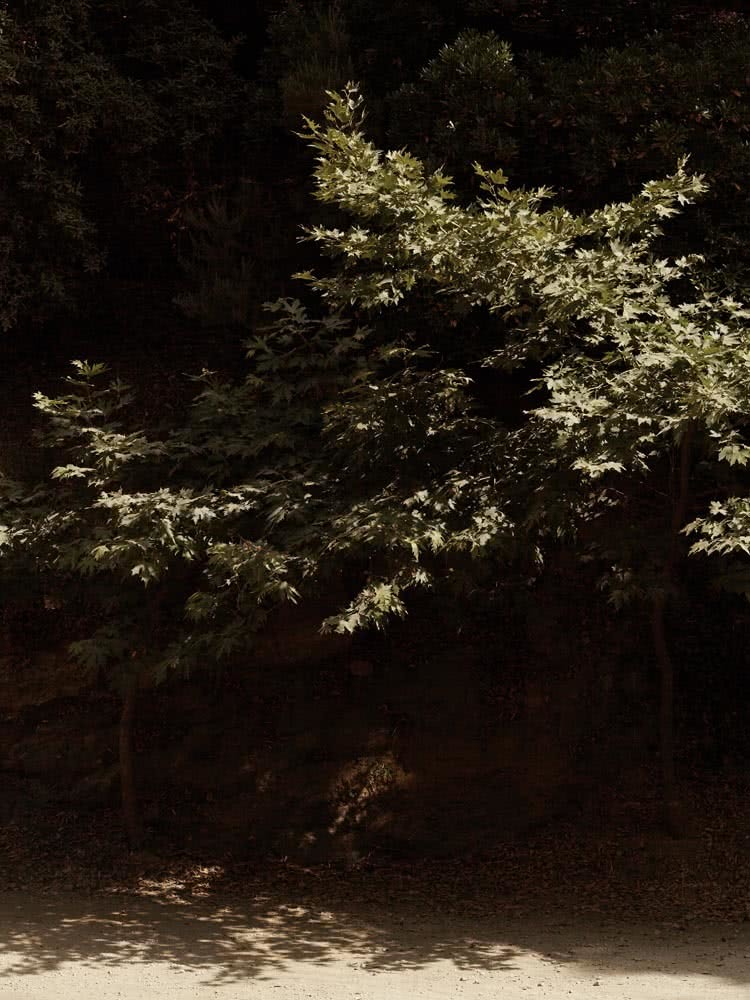 The Great Chain of Being is an ancient and intuitive hierarchical structure. Just as we instinctively order everyday items into groups according to size, shape and colour, Platonic philosophers imposed an order on things found in the natural world. Properties were used such as being alive, possessing a soul, and moving around to arrange all living and non-living things into a divinely ordained hierarchy. In the various scala naturae that have been contrived, plants always linger somewhere just above rocks. Plato’s star pupil Aristotle once advised Alexander the Great to deal with barbarians as though they were plants. Neither, he believed, had much of a soul to speak of.

A modern Aristotle, navigating the transition from papyrus to Twitter, might well be diagnosed with “plant blindness.” This term, coined by James Wandersee and Elisabeth Schussler in 1998 is defined as ‘(a) the inability to see or notice the plants in one’s environment; (b) the inability to recognise the importance of plants in the biosphere and in human affairs; (c) the inability to appreciate the aesthetic and unique biological features of the life forms that belong to the Plant Kingdom; and (d) the misguided anthropocentric ranking of plants as inferior to animals and thus, as unworthy of consideration’ (84). The authors offer a number of reasons as to why humans overlook plants in this way, including the apparent homogeneity of plants’ leaves and stems; people tend to be more educated about animals than plants through exposure to popular culture; plant populations grow close to one another and are seemingly static (compared to most animals) and are perceived as groups rather than individuals (hence the sense of plants as background); the brain is accustomed to perceiving difference and finds it difficult to attend to plants individually; plants are generally nonthreatening so humans tend not to use energy paying attention to them; and humans are programmed to recognise faces from an early age but plants do not have faces as we generally know them. Essentially, the average person spying a forest meadow blanketed with a hundred grass and herb species, bordered by megatons of forest trees, ferns in the undergrowth, and moss pillows creaking as they give way underfoot, is painfully liable to remark only on the solitary bird sleeping on a distant branch.

This scenario, coming from a botanist, might be unfair to birdwatchers, who see in that solitary bird a wealth of fascination: the bioengineering challenge of powering flight alone is gloriously met as only evolution can, the bird’s hyper-efficient heart and air intake systems supercharging its flight muscles with oxygen while simultaneously providing convection cooling for the whole mechanism. Incidentally, the forest trees meet a similar fluid transport challenge, as they lift several hundred kilograms of water 10 or more stories up from the soil to the canopy each day without the aid of moving parts. Evolution’s solution in this case consists of tiny, unbroken tubes of immense strength that run the entire vertical length of the trunk. Water at the top evaporates, and the capillary effect moves more water up the tubes to replace it. A forest tree emits a chorus of ultrasonic pops and cracks as the tension within the tubes occasionally tears the water molecules apart, spontaneously giving birth to a pocket of steam deep within the trunk.

Compared to the bird’s air-cooled, supercharged engine, the plant’s trick for moving fluid is elegant, microscopic, and altogether more subtle. But it is overwhelmingly majestic. Almost every plant, from pavement-crack daisies to giant Eucalypts, is doing it; it’s just something that normally escapes our notice. Plant blindness has worrying practical effects in terms of funding opportunities, research investments, and conservation policy. But the saddest effect is the missed opportunities for calming consideration and quiet admiration.

Humans haven’t historically concerned themselves daily with diffuse issues such as global conservation strategy, or esoteric issues such as equity in science funding. But even Aristotle recognised that we are constantly concerned with our own more-immediate anxieties, stress, and listlessness. Turning plants—objects of serene beauty, complexity, calm, and ubiquity—into focal points for familiarity and fascination is a salve that can serve us in almost any place at any time.

These days, there are many blog posts and podcast episodes that address and attempt to heal plant blindness. Education on the psychological, ecological, and philosophical benefits of plants is key. An important first step in acquainting oneself with plants is similar to meeting people: you have to learn their names. Not the full Latin name of every last species. Knowing a few family names will suffice. Consider being able to identify an Aster in a garden bed on your daily commute or an Australian Conifer growing in a verdant outcrop. Most people don’t realise how much plants actually do.

What plants do is grow, survive, travel, reproduce, and navigate social struggles. These activities are, incidentally, the episode headings of David Attenborough’s 1995 documentary The Private Life of Plants beloved by botanists for its use of time lapse videography to show plants doing: the explosion of feathery samaras from the head of a dandelion, the snaking vine feeling its way up a doomed victim’s trunk, the technicolor wave of a deciduous forest’s traffic-light progression from green to yellow to red in autumn. The scenes focus mostly on plants that explode, wilt, catch flies, or otherwise move like an animal. Or the videographers document pollination and seed dispersal so that the subject becomes the bat doing the pollinating or the ostrich carrying the seed. In a ploy to capture the attention of a broader audience, the plants are made to be more exciting, more striking, and in a way, they are animalized.

But excitement and observable dynamism aren’t qualities plants excel at above other things—it’s those subtle and sober qualities. The plant-enlightened aren’t disappointed that plants are effectively immobile at normal human time-scales—on the contrary, they like it that way. Strangely, documentaries showing moments of animal glory do the opposite, and freeze the breaching whale in time with droplets of water shed by its fins suspended in elegant arcs. We’re intrigued by the intimate detail obscured by movement. Plants save us the trouble of needing modern film equipment to achieve it.

Addressing plant blindness has typically been driven by botanists, but slowly this conversation is beginning to gain a broader level of traction. The benefits of plant appreciation extend far beyond the geeky complexities and global concerns that scientists are—rightly—prone to emphasise. A healthy human-plant relationship is an anchor that moors humans in their surroundings and expressions of plant appreciation ala the Instagram, indoor plant movement suggest that the serenity of contemplating the leaves of a thriving Monstera really does exert a welcome pull on people’s orbits through a frenetic modern world. Struggling in a tangle of countless appointments and emails, we can respire slowly and let our minds drift beneath the buildings and pavements, where the roots of trees that began life before there was a city penetrate the earth below its foundations. The roots still pull groundwater up their trunks, toward the leaves they built last year from condensed atmospheric gas, some of which we ourselves exhaled. And after so many centuries they are still holding that column of water erect until it evaporates to make clouds, and then rain.

Do we want to be calmer, happier individuals, in more peaceful communities, with increased health... 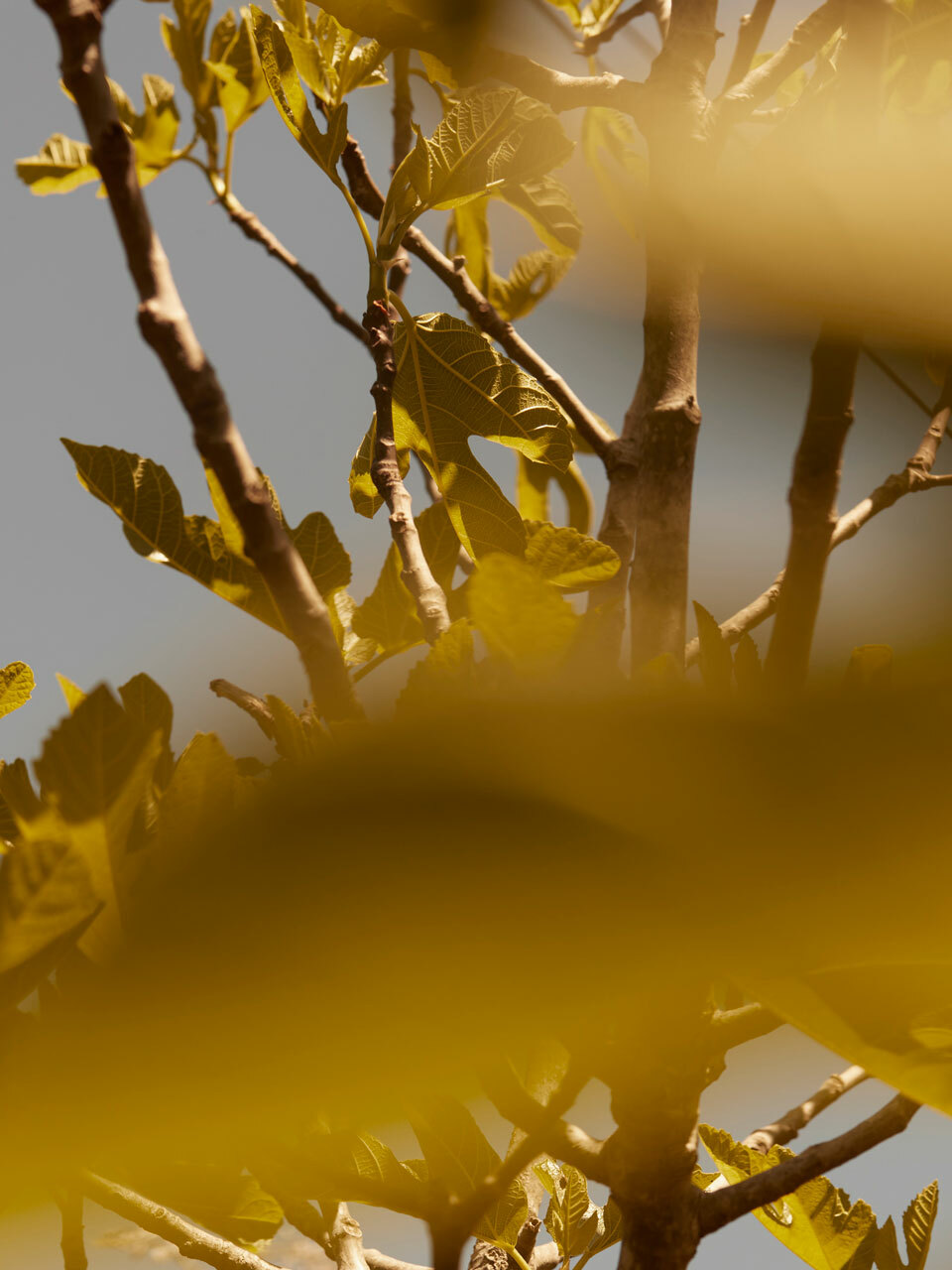 For all their intricate symbolic force, from the Palaeolithic to today’s herbalism, plants are... 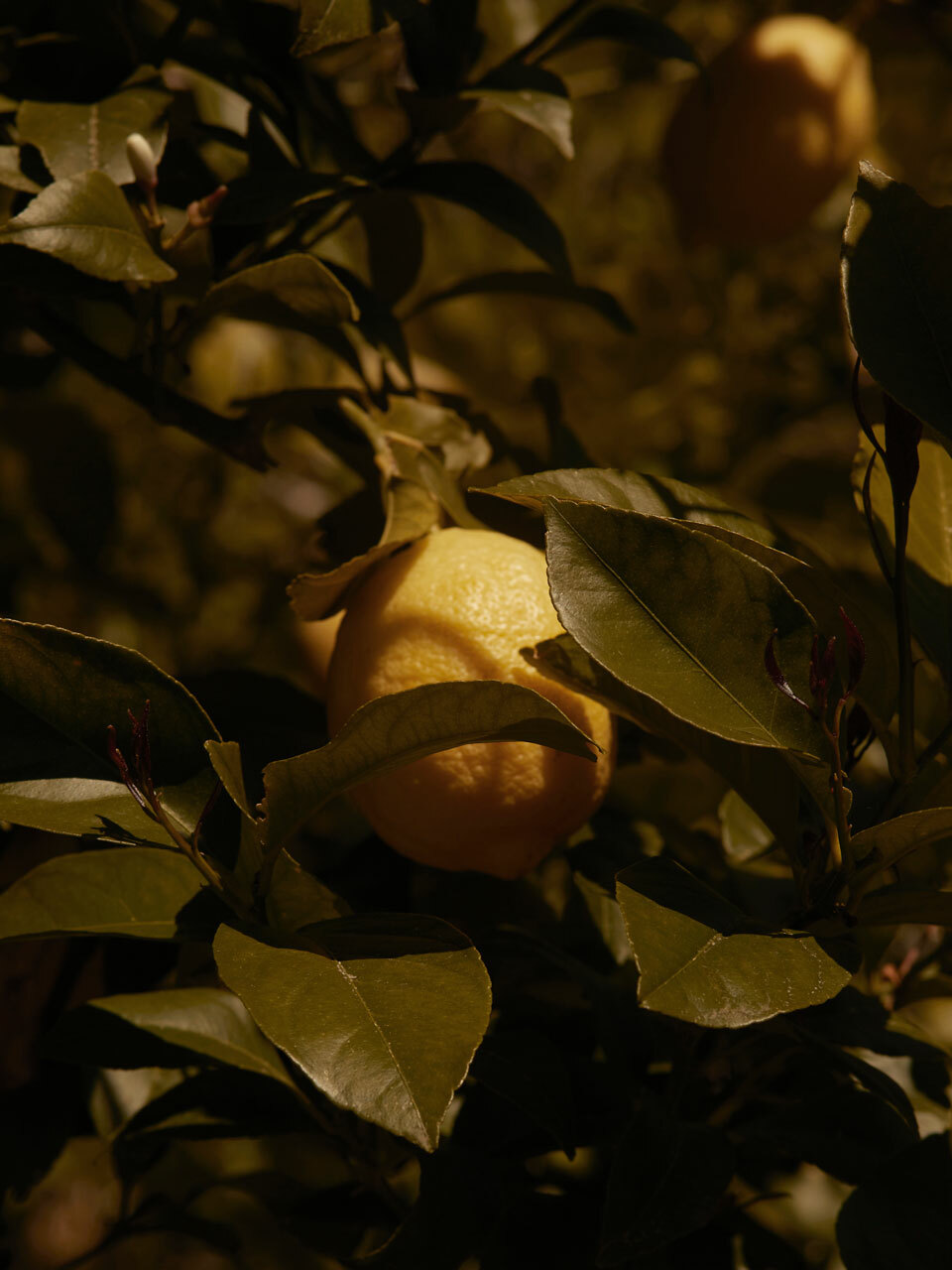 A practice which is elevated to the status of ritual emanates a special kind of power. This power... 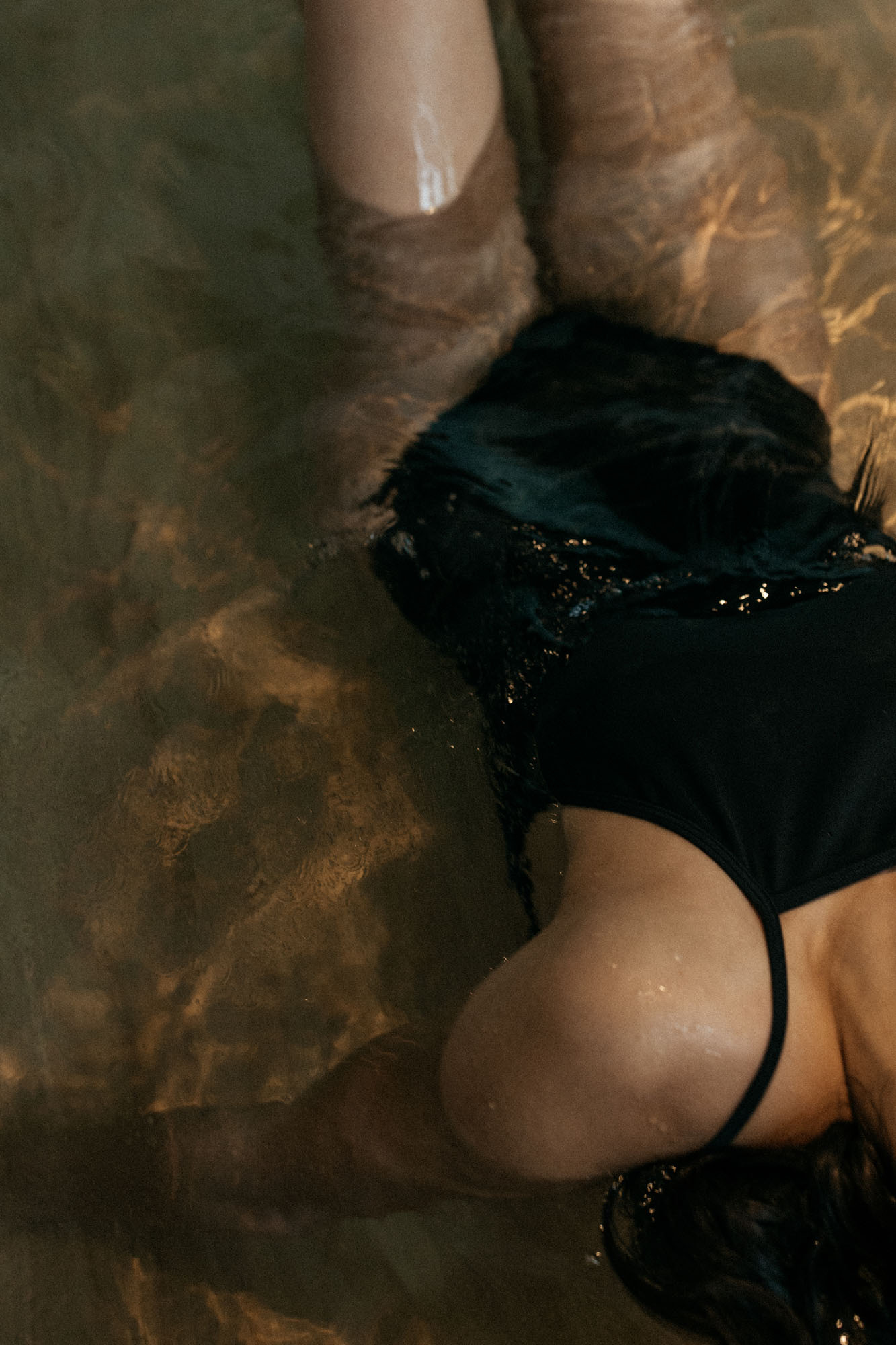 The Sequence and the Salve

We say the words without thinking. We know the movements by... 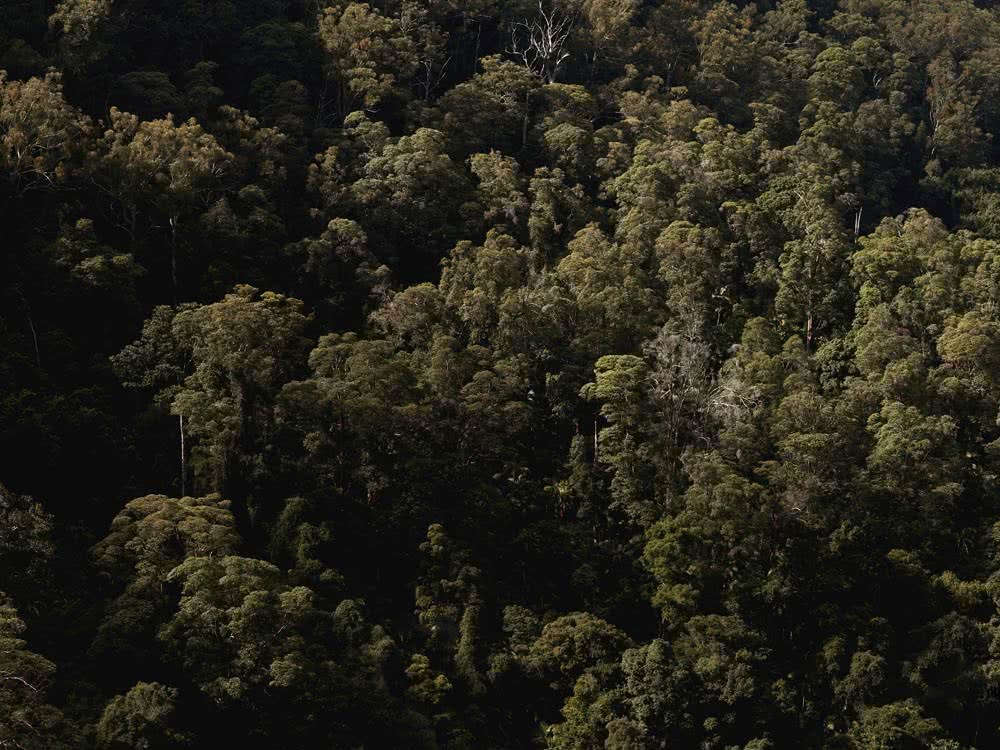